Podcasts are a Living Recording of our Experiences

By FieldFoundationAugust 16, 2021Field News
No Comments 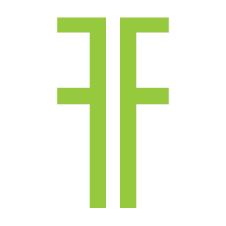 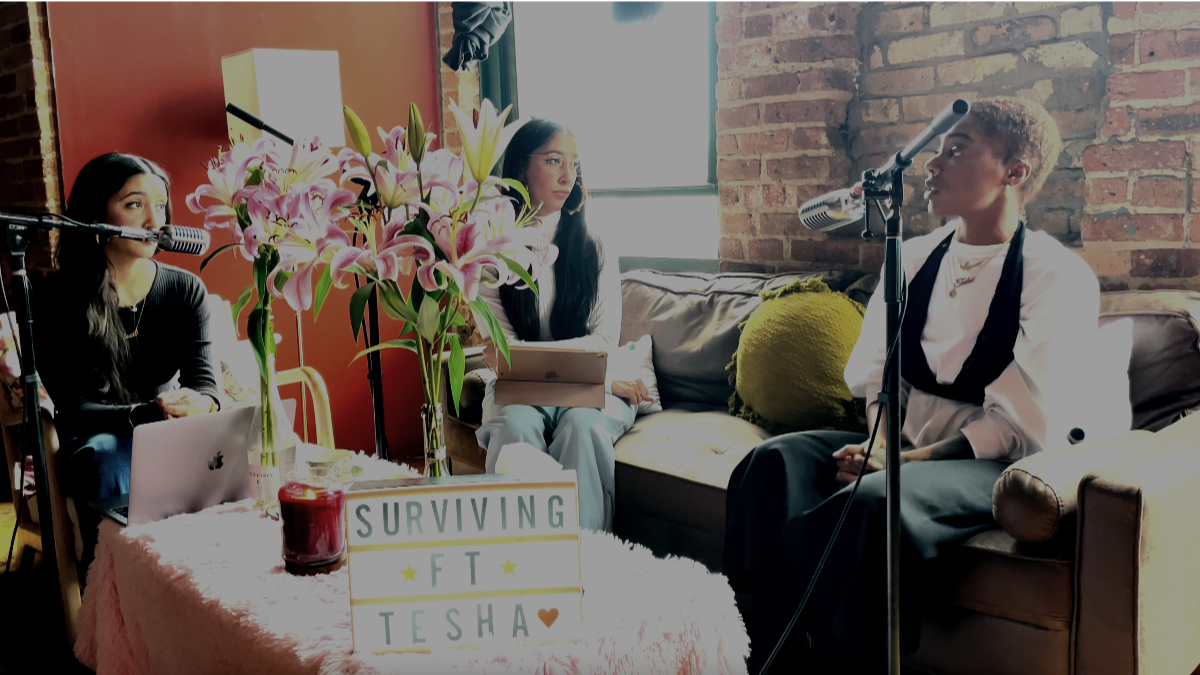 For years, as twin sisters Samantha and Alexis Smyser-De Leon attended protests, sit-ins and workshops the two women noticed that often women were in the spaces, leading the conversations and even pitching in to organize the events.

Yet, when the events were reported on in the local news, too often it was cis male voices that were given the spotlight and recognition. It was that absence of Black and Latinx women’s voices that led the two women to start “Sistematic Podcast,” which is taped and edited in Humboldt Park.

“We felt there was a lack of visibility when it came to young women of color. We didn’t hear our voices or see our stories represented in the media,” Samantha Smyser-De Leon said. “When it comes to talking about politics, government and popular culture, we didn’t see people who sounded like us or who came from our background doing the talking. We wanted to lend our perspective and create a platform for people like us.”

In their first three seasons, Samantha and Alexis interviewed cis women, transgender women and non-binary activists and scholars who helped explain the movement to defund police, the political movement in Puerto Rico and Black Womanhood. In their most recent episodes, the sisters have broached healing from sexual assault, discussed what it was like to get the COVID-19 vaccination and sat in conversation with a mental health and trauma expert who calls herself ‘The Drag Therapist.’

“In our work, we try to be as grassroots oriented as possible,” Alexis Smyser-De Leon said. “The podcast community is diverse, but it could use more voices. When you look at the most popular podcasts a lot are still not hosted or anchored by diverse producers … we know so many people who have important stories to tell and need a platform to share them.”

A major goal of Field’s Media and Storytelling portfolio is to support voices from Chicago’s communities that are too often overlooked. Field is especially focused on African, Latinx, Asian, Arab and Native American voices that provide balanced perspectives and that are venturing into media spaces where representation is missing.

Audio journalism was once viewed as a vintage, sometimes old-fashioned way of delivering information and news to communities—especially as traditional radios became outdated and news shows had to compete with other content accessible through smart phones.

Yet podcasts, which have been around since the early 2000s, corralled new interest in audio storytelling. In recent years, celebrities like former First Lady Michelle Obama, media mogul Oprah Winfrey, scholars Roxanne Gay and Dr. Tressie McMillan Cottom and journalists Farai Chideya, Trymaine Lee and Jemele Hill have all leaned into podcasts as an extension of their brands and reach. Since 2018, the number of available podcast shows has tripled, to around two million, and approximately 80 million Americans are weekly podcast listeners, according to Edison Research. But while 43 percent of listeners identify as BIPOC, or non-white, the podcasts with the largest audiences are white-led.

Still, podcasting is a special venture for Black and Latinx creators, said Talib Jasir, the founder of Afros and Audio annual Podcast Conference and the Vanguard Podcast Network. It’s an accessible medium that allows grassroots residents to tell their own stories.

“There are no gatekeepers in podcasting,” he said. “That’s the main reason we are showing up in this medium. There is no one saying ‘No, you can’t create here.’ You can put a microphone to your mouth and share your opinion or your expertise no matter what. It’s an opportunity to not be censored, to not hold back, and to be ourselves unapologetically.”

In the current moment, producing and recording podcasts allow media creatives to master audio editing, script writing, interviewing, producing and a host of other skills, Jasir said. But there’s a deeper reason the medium is important.

“Podcasting is a living recording of our experiences today,” Jasir said. “Long after we are done trying to get listeners, and trying to get guest interviews, it is a record of our existence.”

“There are so many topics being tackled (on podcasts) and there is someone who is waiting to hear someone who sounds like them and who is talking to them.”

Kyla Williams and Letitia Fowler began recording their first podcast as a passion project more than seven years ago. “The Pisces Life Podcast” gave the two women, who are rooted in the south suburbs of Chicago, a chance to discuss issues impacting Black life like wage disparities, poor access to medical care and marriage rates for Black women. Ultimately, the venture gave Williams and Fowler a way to connect what they were talking about to a larger collective of people talking about the same topics.

“Podcasts, for a lot of people, have been about finding your tribe and being able to connect with that tribe when you want to,” Fowler said. “When there are things happening in your life and you are looking for information and an answer. A lot of folks are turning to podcasts because that’s a place you can get that conversation you’ve been longing to have. You can build a new world of new people that feel like friends.”

In 2020, influenced by the pandemic, Williams and Fowler shifted their format and began capturing stories related to COVID-19. For their “Survivance” podcast, Williams and Fowler interviewed a college student who was the last to move out of her dorm during the height of the pandemic because she didn’t have the resources to get back home. They talked with a Native American community leader about how that community wasn’t being prioritized for testing, treatment or to receive the vaccine. They also talked with a funeral home director whose business increased because of the pandemic but who admitted to being overwhelmed with grief.

“’Survivance’ has been an eye-opening opportunity for us,” Williams said, explaining that she found herself learning from the stories she gathered. “We finally felt permission to tell our stories in a very candid fashion, without a filter and with a lot of honesty. ‘Survivance’ gives us a chance to be ourselves.”

For Judith McCray, starting her “Change Agents” podcast incubator offered a chance to teach the craft to a collective of ambitious story tellers, mainly on the South and West Sides of Chicago.

“I’m still stunned at how little the field of journalism has opened up to young producers and editors of color,” she said. “I was intentional to use this (incubator) as a way to give young journalists of color to create reels, and use it to deepen their networks and lead to experience for paid jobs. We focused on recruiting emerging journalists to build up their expertise and access in a field that is way too prohibitive for people of color.”

Once McCray and her charges recorded, edited and delivered their podcast stories, they found it led to more conversations—outside the studio. The group has hosted virtual town hall meetings and gatherings to unpack even more deeply the stories they recorded.

“There is still too much coverage in the mainstream media that looks at communities of color as victims,” McCray said. “We … found the stories of change and took on issues knowing that it was something happening, but not being covered.” 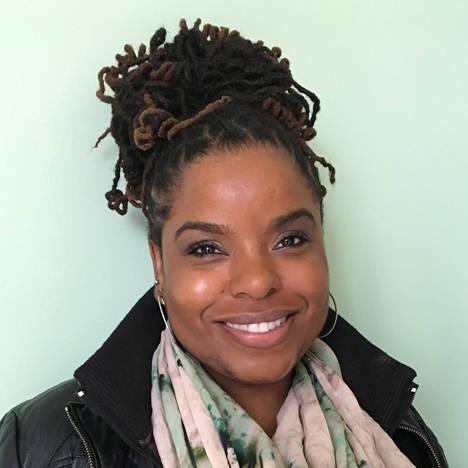 ABOUT MEDIA AND STORYTELLING
Lolly Bowean manages the Media and Storytelling portfolio. The goals of the Field Foundation’s Media and Storytelling program, a partnership with the John D. and Catherine T. MacArthur Foundation and the Democracy Fund, are to: create more just and inclusive narratives about Chicago that foster policy change; amplify the voices and impact of African, Latinx, Asian, Arab and Native American journalists, media makers and storytellers in the local media landscape; and support more reporting and storytelling by traditional and alternative journalism platforms about the root causes of the city’s inequities. Learn more about our program here.

Letter of Inquiry portal for Winter 2022

The Letter of Inquiry portal for Winter 2022 grant consideration in the areas of Art, Justice and Media and Storytelling is open. The deadline for submission is Wednesday, September 15, 2021. View a recorded information session to learn more about the Foundation’s program areas and the application process.  For more information on how to apply, please visit our website.

© 2023 The Field Foundation of Illinois.
Website and 24/7 Support by RipplePop